The PlayStation 5 is comically large, that I cannot lie. I cannot express my shock and awe of this massive unit when I had to bring it inside. It is heavy, filled with power that many still couldn’t get ahold of.

Its new white exterior brings in the aura of intrigue, what awaits when you power up the console?

The ever-elusive console (at the time of writing) is something to behold but is it THE console that Sony marketed them to be? Is it worth waiting over this shortage of units to satisfy the masses? And does it have games anyway?

So how powerful is the PS5? Very powerful, as you can see:

Just to reiterate the point, the PlayStation 5 is that comically large. At 15 inches in length, with the height of 4.1 inches, this dwarfs the PS3 by a big margin and it was quite a challenge just to put it into my usual media center.

But it does come with benefits as besides the massive upgrade in power, the new fan is literally quiet now, so intense sessions now will not be accompanied by jet noises.

But there are issues with this type of design. Like how the disk drive is placed in quite an awkward position as if it were the last-minute addition. The design of the digital edition looks slick without the Blu-Ray bump sticking out, so it could be something done at last minute? Who knows.

The console contains one USB 3.0 port and a USB Type C port in front with two more USB ports behind. Curiously, if you were to put an external HDD, you can only insert it behind, which might be troublesome.

And with no support for the external SSD just yet, memory storage placement is quite finicky.

Now, one of the main draws of this console is the new and improved controller, aptly named the DualSense. By far one of the most amazing pieces of improved technology that Sony has bought to the table. Its design does remind me of an Xbox controller on the first glace but it has a more textured look which makes it quite nice to hold and grip.

I don’t really like the idea of a white controller due to it gathering dust particles within the few weeks of using it. So, a clean with something like antiseptic wipes would suffice.

Now for the meat and potatoes of the controller itself (forgive the food analogy there), the DualSense has an impressive new feature which is the Haptic Feedback and Adaptive Triggers.

Both of them makes the Switch’s JoyCons and Xbox controllers’ counterpart quite basic with how good it is in motion. The feeling within the triggers is quite amazing when you get to hold and utilized it.

Though the caveat is that for now, only a few games utilized it quite well, the likes of the new Call of Duty, Bugsnax, and even Destruction All-Stars making use of it creatively.

And with this innovation comes a bit of a hurdle in the terms of battery life. It is an amazing improvement with 12 hours battery life but in our test with haptic heavy games, I reckon it goes to 8-9 hours before it goes low.

Not that bad if you have a handy USB-Type C cable nearby to charge it via the console but I (and some others as well) couldn’t get it to work to charge our controller. Perhaps these are isolated cases, but it is quite a bother not to get that working.

Let’s start with the basics first. The User Interface, or UI, is quite simply not as high quality or interesting as the PS4’s UI Menu. Although the UI looks pretty on a 4K TV, it feels like it is what happens when the input isn’t for the end-users. It feels slick yet hollow at the same time.

The new Control Center menu is a hit and miss for me. I do like that I can see what achievements within a game that I haven’t done and then jump into it immediately but it makes the PS button now not only open the media console like before but also this menu as well. Kind of a making a cluster out of one singular button really.

Then there’s the issue for me during my review time with the PS5. games that I have deleted from storage kept appearing on my dashboard. And bother me a lot, it did.

Downloading games have also been nerfed, too. From downloading at least three games at a time, now you’re stuck with one at a time. You can’t even install games on a disk if there is a download ongoing, pretty shocking considering the PS4 could do that easily.

Though I like the changes that they have made with the PS Store, now very integrated into the system and smoothly transition without any issue. If only the website was like that too.

So, the games. With the PS4 library readily available, it is quite easy to test out the power of this console. Even some of the tested games have Next-Gen upgrades, with some interesting results. 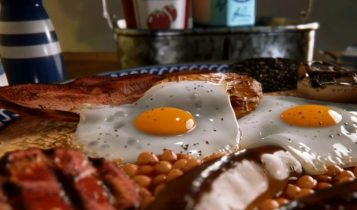 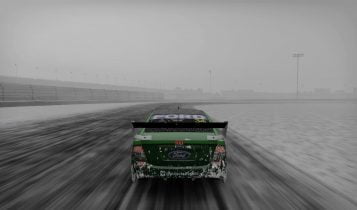 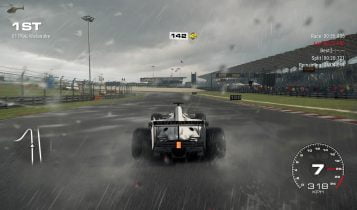 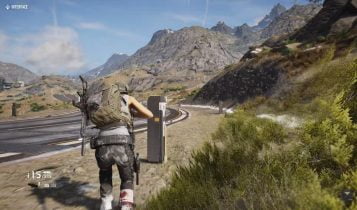 Its still the PS4 versions without any enhancement, but it looks compelling enough to play it on this newer console.

Raytracing is one of the neat new graphical features that the console boasts and it was well implemented in two of our test games. Watch_Dogs: Legion and Spider-Man: Miles Morales. Even without 4K (due to me not having a 4K TV or Monitor), it does look amazing already.

Speaking of features, Haptic Feedback is where a few games are still getting either right or wrong for this early stage. So for our test, we tested Astro’s Playroom which takes full usage of the new controller, i.e. feeling within the triggers and such, taking the center stage. I’m amazed it’s free in the first place.

On the other side, Borderlands 3 Next-Gen version leave more to be desired. The haptic feedback is all over the place and doesn’t suit the new controls all that well. Which is a shame really.

But all in all, it can run all of my PS4 games without any faults and PS5 games are still quite in it’s early stages of improvements.

At the time of writing, this console is the most sort-after device locally, with the stock still low even in the 4th month of the PS5’s release. The console is sold out everywhere, no matter if it’s the disk version or the digital version, and it’s baffling how the prices of resellers have skyrocketed due to this.

Though when things finally die down, you are looking at an SRP of RM 2,299 for the disk version and RM 1,869 for the digital. Both having quite acceptable pricing for a machine with that much power inside. And with official local support, it seems to be a better choice in the battle of the console wars here.

Heck, I would go for the disk version due to my massive collection of physical PS4 games, really. And for digital, perhaps go for something smaller instead.

My time with the PlayStation 5 was short but interesting, to say the least. From the trek getting it in January to parting ways with it earlier in the month, I still am glad that I had the opportunity to review such a console. Even from its quirks and features, the PS5 is something I would buy for my own, sure. Just not right now.

So wait a while and it will arrive in your hands soon enough, dear readers. Just don’t lose fate and give in to those “individuals” who only want to make a profit from something they don’t even play.

The PlayStation 5 is the Next-Gen embodiment of the cautious approach to the unknown. Its tagline of “Play Has No Limits” doesn’t have weight yet right now, but in two to three years, it might be your choice of console, perhaps.

It just needs to iron out some kinks first.

Subscribe to our Telegram, Discord or Email to get latest gaming updates!

Subscribe to our Telegram, Discord or Email to get latest gaming updates!

NEO: The World Ends with You Launches On July 27 For PS4, Switch – Also Coming To PC

Guacamelee! Devs Next Game Is Shape-Shifting RPG Nobody Saves The World