Vin Diesel once said that “It doesn’t matter if you win an inch or a mile, winning’s winning”. A quote which many drag racers took to heart in any race which involves two cars, money, and a hand on the shifter.

Perhaps this is why Top Speed 2 is such an enjoyable game, the feeling of defeating an Insane Level racer by a literal inch can give you the enjoyment that one needs whilst being on the go.

So, is Top Speed 2 worthy of being one of those sleeper mobile titles? Maybe so. But there are some issues that might make or break that claim. 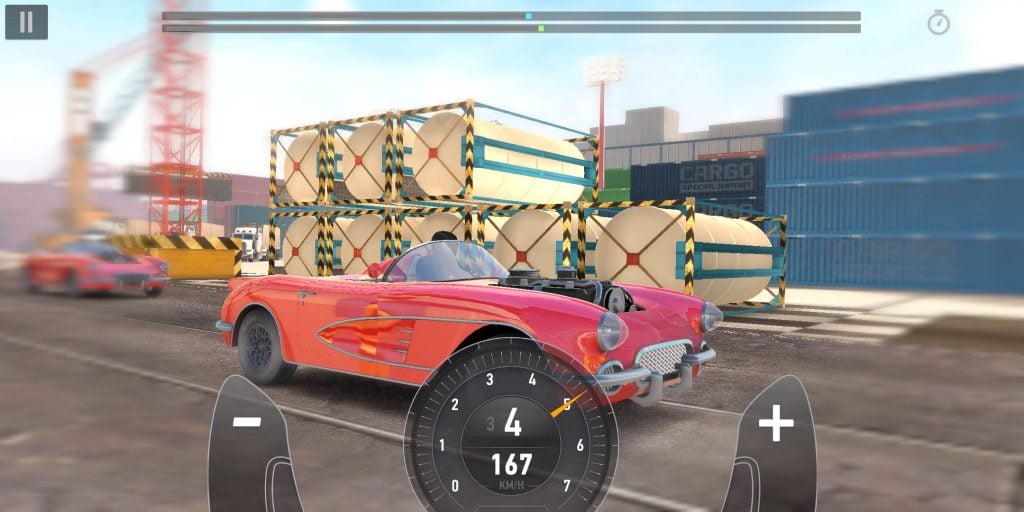 When you first boot up the game and go through the tutorial, one thing that’s consistent within the main menu design is how smooth the UI is. Everything is very streamlined for the quick ratio from menu to racing. If you want to put it in time form, it’s menus to racing in 1 minute or less (plus with loading screen).

The cars in the game are quite good. The designs, although unlicensed, are quite unique with hints of its original car design. Like this example below, you know is a Le Mans-esque car but it’s unique that it can be raced among other modern cars and while the cars are separated by a tier system, there is a good level of variation you can choose within each tier.

And I feel that this should be the norm for mobile titles, as Top Speed 2 has offline play fantastic for those having to be on awful internet and needed something to pass the time. A good plus for them.

Gameplay-wise, it’s the tried and tested method of being as quick and accurate on the shifting while you outrun the competition. The game is a free-to-play title so it relies on energy bars to make sure players don’t blaze through stuff too quickly and it’s quite fair. Early game will see you taking all energy bars within 10 – 15 minutes, so it’s a good time waster. 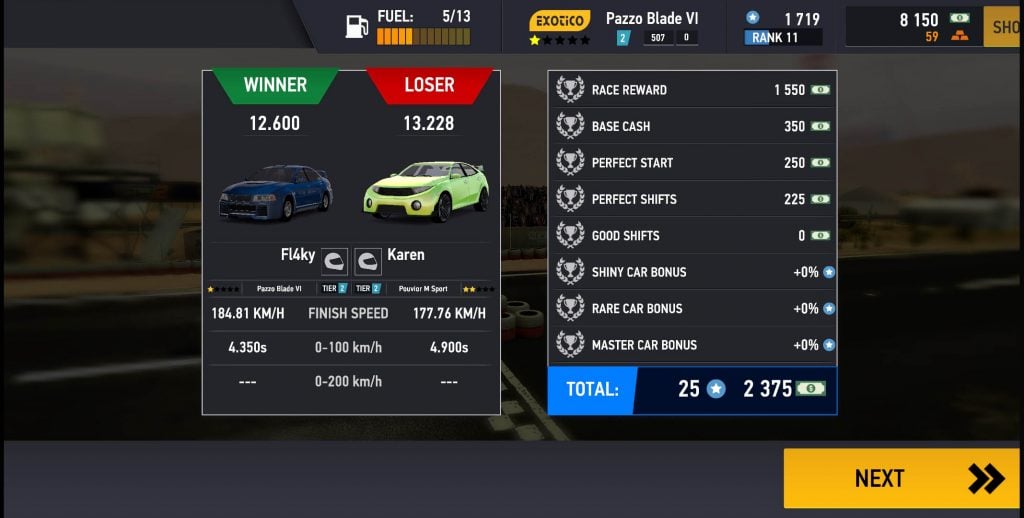 There are a few gripes for this game, one of which is the shipment boxes, where all of the equipable upgrade parts and the highest level gears are placed in, are too random in dropping parts, making the game feeling quite grindy as you reach higher tiers. And I feel the paid stuff are quite steep in pricing. Maybe this is due to the local currency being awful but I digress. 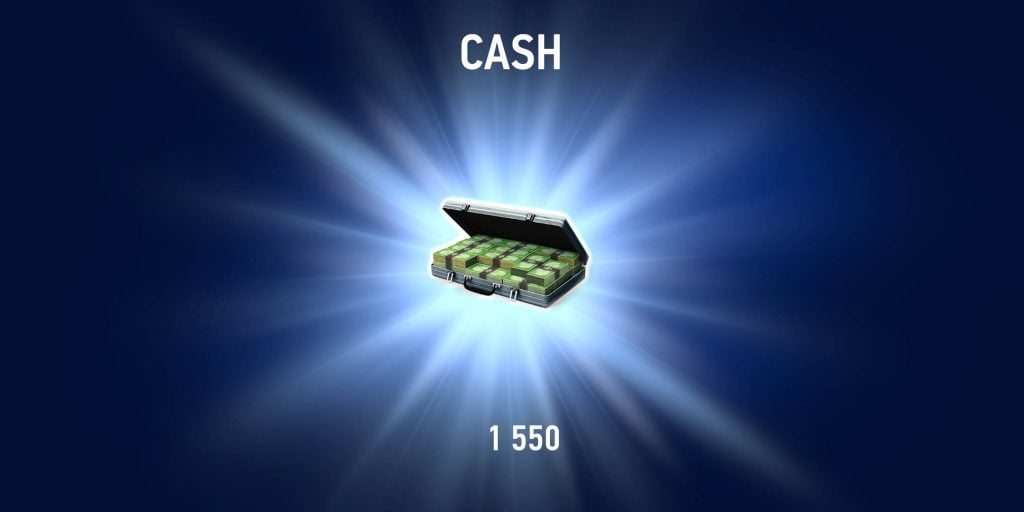 For a car game, the 67 cars available are quite extensive with the availability of car customization, a bit basic but it’ll help make yours stand out in the multiplayer section, where you can duke it out with other players. On its own, it’s quite promising right now but hopefully some new content is coming to keep the game fresh with new challenges and the such.

It has been a while since a mobile game has taken a chunk of my time, perhaps this is due to me playing it on the go when I was traveling around the country at the time of making this review. Its short burst nature is perfect for those sudden moments where you’re trying to visit places somewhere far and you have some free time on your hands.

Top Speed 2 doesn’t need a fully licensed car list to be good at the core of the drag racing genre. Though I believe it needs some tweaks here and there, it could be a good alternative to Asphalt Street Storm or even CSR 2.

The game knows it’s fighting against the big boys but hopefully their charm and indie feel towards the game can sway players to give this one a go. You won’t regret it.

Game is played on a Samsung Galaxy S10e, played on an Early Access version.

Top Speed 2 doesn't need a fully licensed car list to be good at the core of the drag racing genre.

Though I believe it needs some tweaks here and there, it could be a good alternative to Asphalt Street Storm or even CSR 2.

The game knows it's fighting against the big boys but hopefully their charm and indie feel towards the game can sway players to give this one a go. You won't regret it.