The Next Major Dota 2 Tournament Is The Kuala Lumpur Major

The Pro Circuit Segways into Malaysia

So here’s some big news, Astro’s eGG Network ,PGL and Imba TV have the announced The Kuala Lumpur Major.

In the Dota Pro Circuit (DPC) terms, this will be the first major for the 2018/2019 season and it will be held between the 16 to 18 November at Axiata Arena,Bukit Jalil and is supported by the Ministry of Youth and Sports and National Sports Council of Malaysia.

This will see 16 International teams from different territories of the world duking it out for the prize pool of 1 Million Dollars (or 4.1 Million Ringgit), most of which are selected via the Open and Closed Qualifier in the coming weeks. 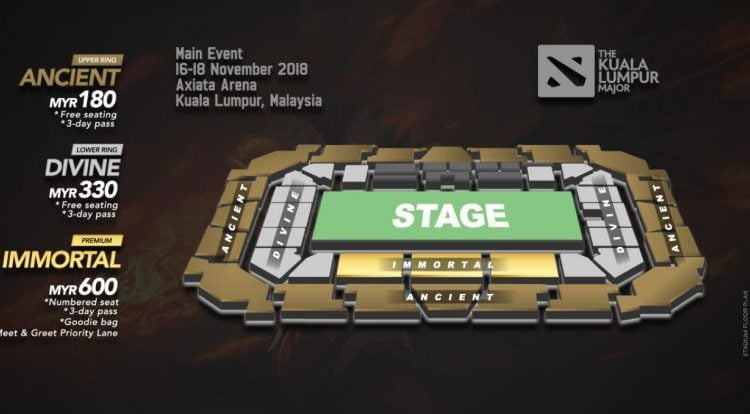 The tickets ranged from Ancient tickets which is priced at 180 RM, Divine tickets (middle tier) at 330 RM and the Immortal tickets at a whopping 600 RM​, which includes a chance to buy the gaming seats used by the teams during the early stages.

These also includes early sales discount of 20% from uMobile and Astro if you purchase it by the 16th of September and also a 10% one if you buy it before the 30th. 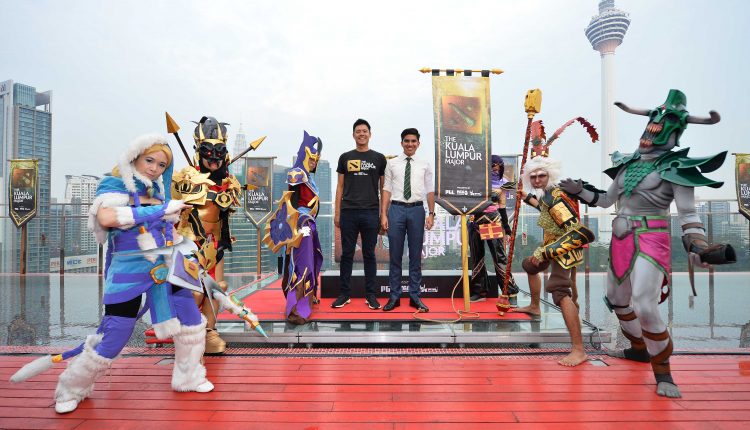 The launch event saw the Minister of Youth and Sports, YB Syed Saddiq, addressing the crowd on how “Malaysia is among the ‘Big 6’ esports nations in Southeast Asia and “has the potential to be the region’s esports hub because of how our youths are passionate about esports”.

Astro Chief of Sports, Mr Lee Choong Khay, also states that the network is “honored to have the support from the Ministry of Youth and Sports and National Sports Council of Malaysia for bringing the biggest Dota 2 tournament here” and also “wants to develop a vibrant esports ecosystem for gamers in Malaysia and the region.”

Now for our take on it, this is a good step towards promoting us as a hub for esports and while I prefer the KBS looking towards Game Development by Malaysian teams instead but it is early days and maybe in the right time, we could see both working together.

So until then, we will see you guys in November for the first round!

Newcomer FrostFire Headlines The Winners Of The Taiwan Esports Cup