The Crew 2 continues its ongoing live support with a new free update. Called Inner Drive, it adds a bunch more content to the open-world racer.

The hero car for this update is the new Koenigsegg Jesko. Named after founder Christian von Koenigsegg’s father, the Jesko is a ludicrous street-legal hypercar that theoretically can go over 300mph (around 482km/h). Alongside that is the addition of the 2020 Ford Mustang Selby GT500, for the Street Race discipline.

There will also be three exclusive cars as part of Elite Bundle 4 which are:

Plus, Touring Bikes will be coming to The Crew 2. It will join the Touring Car discipline but will arrive at a later date. 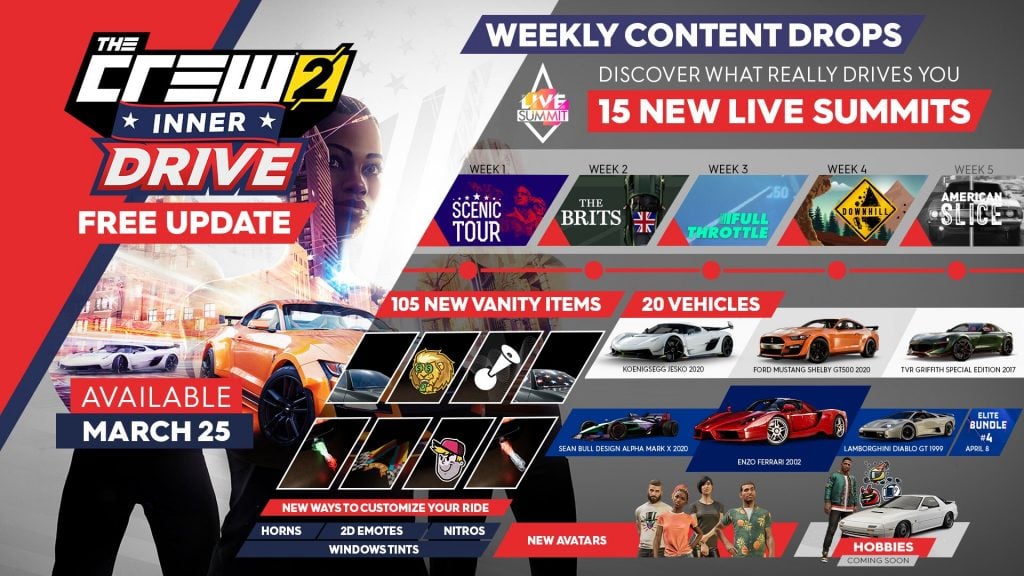 For cosmetics, there are now horns, nitro trails, window tints, and 2D emotes you can equip. 10 horns and 10 emotes will be available for free for all players. Additional vanity items for the existing types like underglows, smokes and tyres are also added.

Lastly, the avatars have all been reworked, with new models, animation and outfits.

The Inner Drive update should be live later today for the PS4, PC (Steam, Uplay) and Xbox One. Have a look at the detailed patch notes here.