I got to admit, when Capcom unveiled the news that Resident Evil 3 is getting a remake a year later after the sensational remake that is RE2, I was one of the skeptics that feel that making a remake this quick is going to saturate the market.

Flash forward to today, now I feel that the remake of Resident Evil 3 is one of the best action games for this console generation’s swansong and it delivers quite well on many parts. 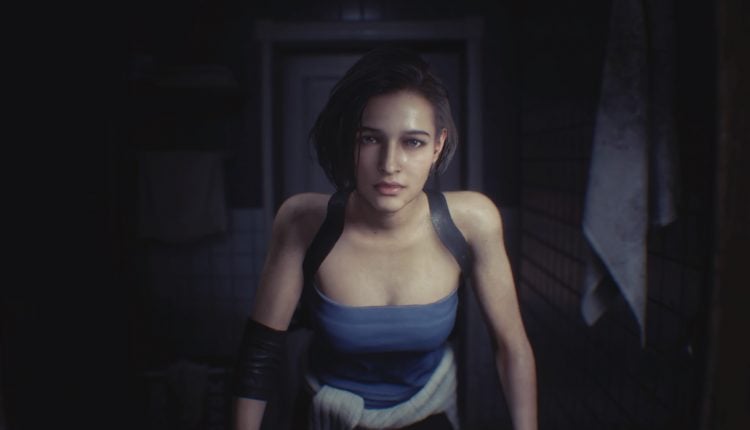 Like RE2, Capcom’s usage of RE Engine has one of the few high points of the graphics department. The outskirts of Raccoon City, which is filled with abandoned cars, chaos, and zombies, look stunning as you play as both Jill and Carlos traversing the town while also running away from the new Tyrant, Nemesis (which we’ll get to in a minute). 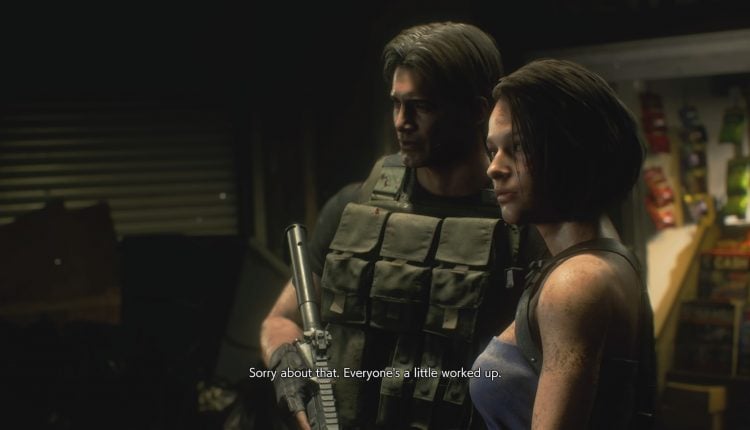 Like it’s predecessor, its transition from top-down polygonal PS1 graphics to the new modern look of the current-gen consoles is quite flawless with some areas now getting fleshed out quite significantly as well. There are some elements of the town getting a return like the RPD Office and even Kendo Gun Shop later on in the game, which helps solidify its timeline on the RE storyline. 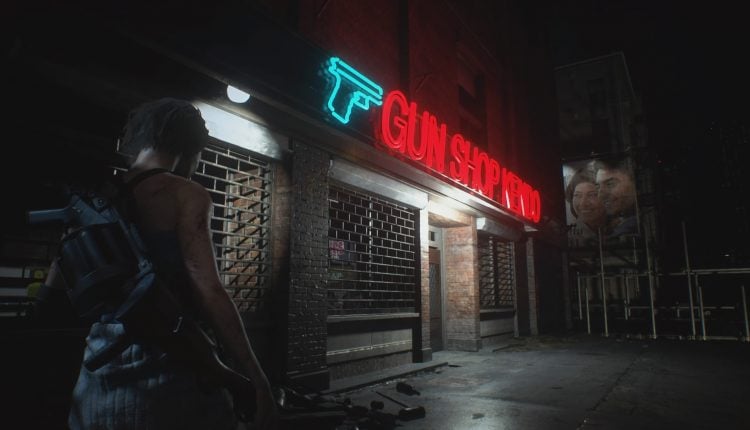 Other than that, the sound design is also quite similar to RE2 Remake (and that’s quite fine, it was already quite solid) and all secondary characters like the Nikolai and Tyrell get the remake treatment as well, making them fit in the story side of things better than the dual choices mechanic in the original game. Speaking of which… 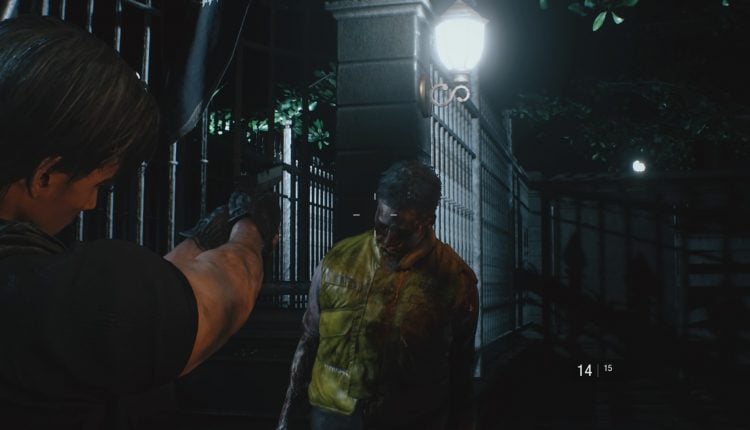 Resident Evil 3 Remake also follows the RE2 remake way of gameplay beats but makes a few improvements that make it a more action game experience.

For starters, there aren’t a lot of mandatory puzzle elements within the game. Capcom design choice is quite splitting between the RE community right now but I feel that it is a good call on making the remake a quicker experience. It omits a few of the game’s puzzles in the original and the aforementioned “two action choices” which perhaps might have bogged down the core pacing of the new game. 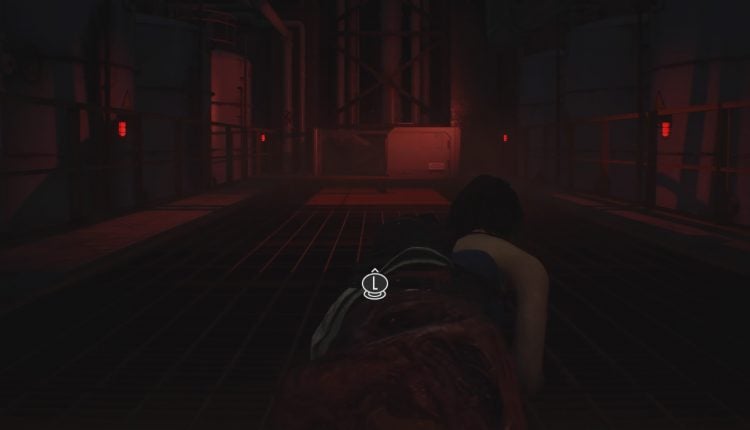 There’s also some contextualized Quick Time Events that work quite well in the gameplay side of things and along with the amazing dodge roll mechanic, it might have been their part in emphasizing on the fact that they are using this game instead of Code Veronica as the bridge towards the fourth entry.

So finally, we get to the main attraction of the game is Nem-chan a.k.a. The Nemesis Tyrant. And fair to say that unlike Mr.X, Nem-chan isn’t a droning threat as he really doesn’t stalk Jill that much (from my two playthroughs) and not really hard to dodge until he mutates into his various forms. 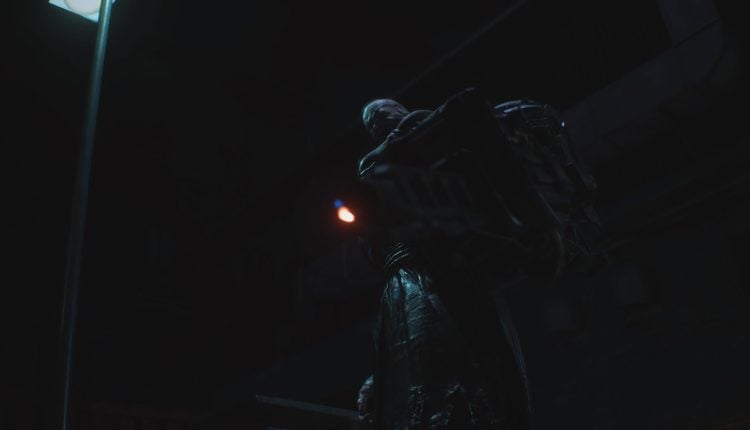 This is far more enjoyable than what Mr. X did since you will have some breathing space instead of being pursued constantly. And that’s a positive in my scared-ass books. 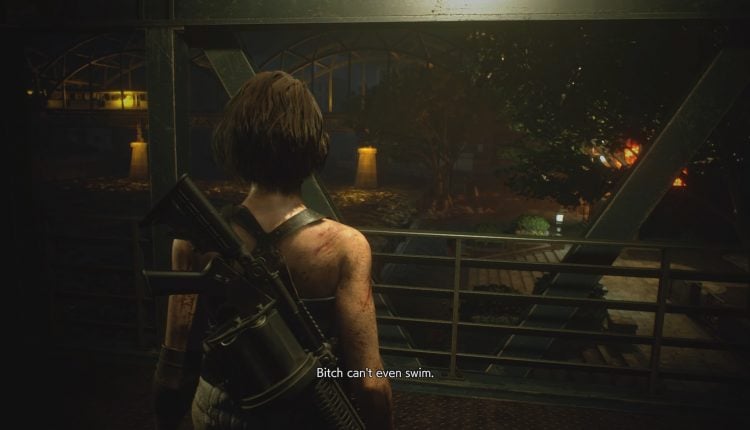 I feel that when comparing it to RE2’s remake, it’s a no-brainer which is better and far superior but for me, as someone who was introduced to the series with 4 and The Umbrella Chronicles (who remembers that light gun experience?), this is what I fondly remember about Resident Evil by: action at one end, tension at another and a gripping storyline that’s straight to the point. And RE3 fits the bill better.

Though I have strong disagreement with a certain Resistance mode, that will be covered in a separate article. Resident Evil 3 Remake is a short but sweet game about trying to keep Jili Valentine from being a Jill Sandwich by fighting a Tyrant.

Its shortcoming is perhaps due to it being a parallel towards its original self beat-by-beat, this game shines on being a compact but fun experience that helps Resident Evil keep the momentum going towards its next release, whenever that might be.

Resident Evil 3 Remake is a short but sweet game about trying to keep Jili Valentine from being a Jill Sandwich by fighting a Tyrant. Its shortcoming is perhaps due to it being a parallel towards its original self beat by beat, this game shines on being a compact but fun experience that helps Resident Evil keep the momentum going towards its next release, whenever that might be.

Dragon’s Dogma Gets A Netflix Anime Adaptation, Releasing Worldwide This…