Should have been left alone.

For a week, I kept asking myself, “How do I start this review?” Because this game is far bad than what I imagine it to be. But what makes a game bad anyway? It could a number of problems but Left Alive, fundamentally, is all problem but little amounts of good. So, what went wrong for Square Enix? 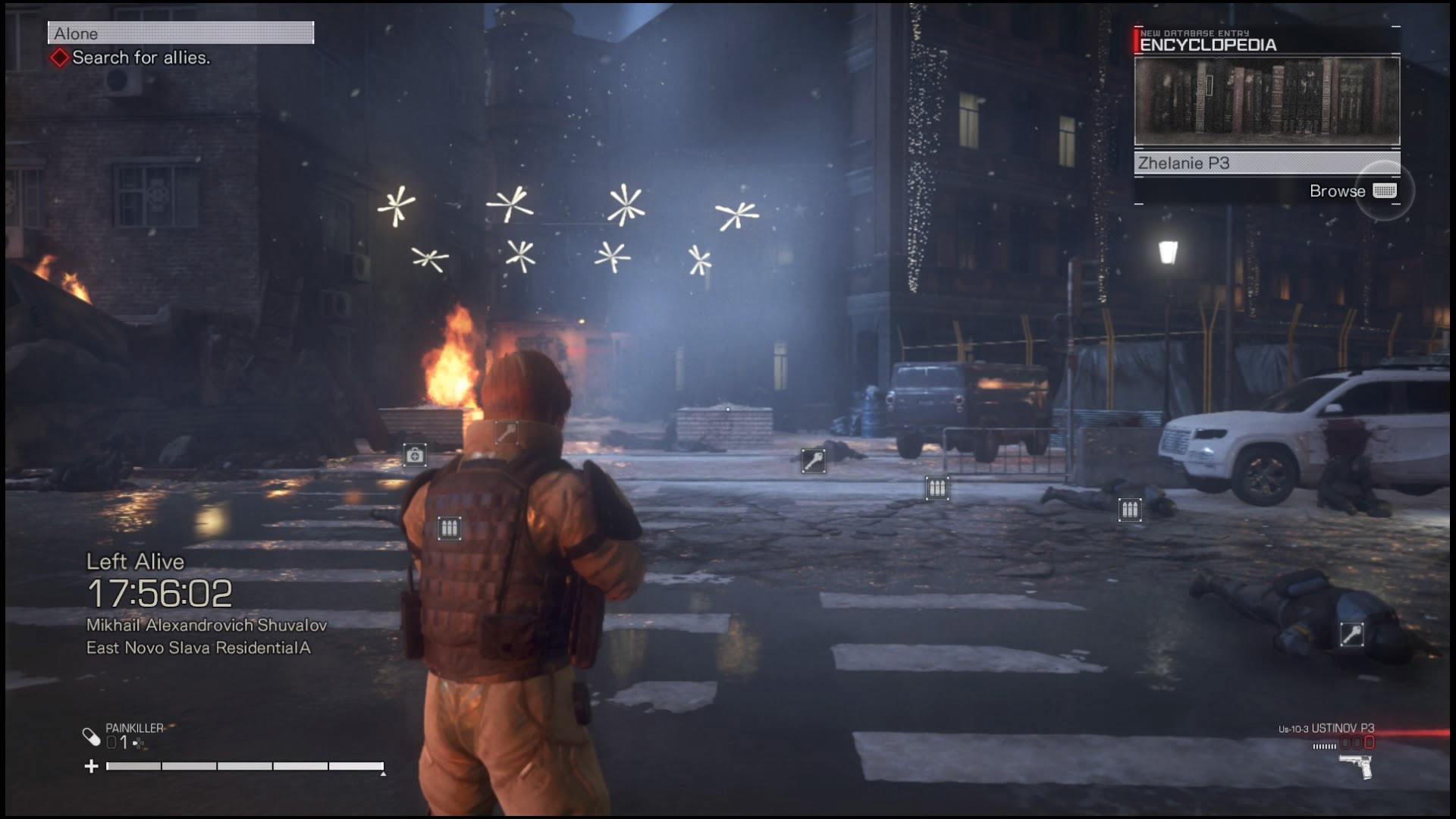 The premise of this game is actually quite good. Set within the Front Mission series (which itself is also a spin-off), you play as three survivors “left alive” on the battlefield of Nova Salva, where you are forced to survive on your own.

It sounds good on paper but when you started playing though, the story kinda crumbles when it comes to those story choices. The “Butterfly Effect” where your choices matter, actually didn’t matter in the long run. For instance, on one choice where you could side with/against your superior officer, will only lead to a gunfight anyway. Hammering the point of your choices aren’t relevant. Heck, even the side quests are pointless if you speedrun it. 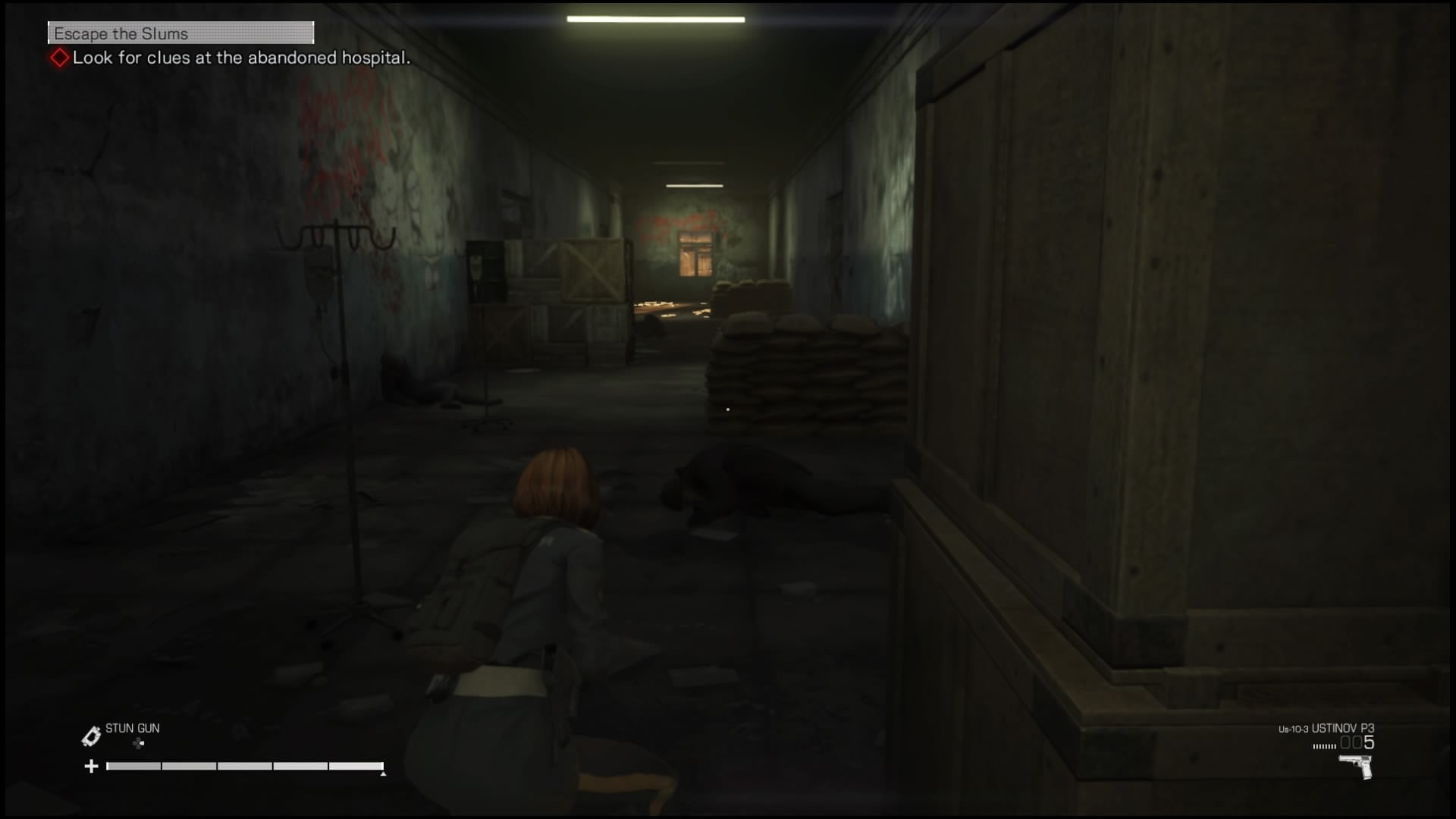 And the game itself looks dated. Square Enix enlisted the use of the Orochi 4 Engine, last used of this was for World of Final Fantasy, so I reckon they thought this game could be a good fit for this engine but alas it’s not meant to be really. It looks bland, and the motion blur makes the game looks worse during frantic fights.

I feel sorry for Yoji Shinkawa too, as his character designs don’t really get to shine in 3D, unlike Metal Gear Solid or Death Stranding. 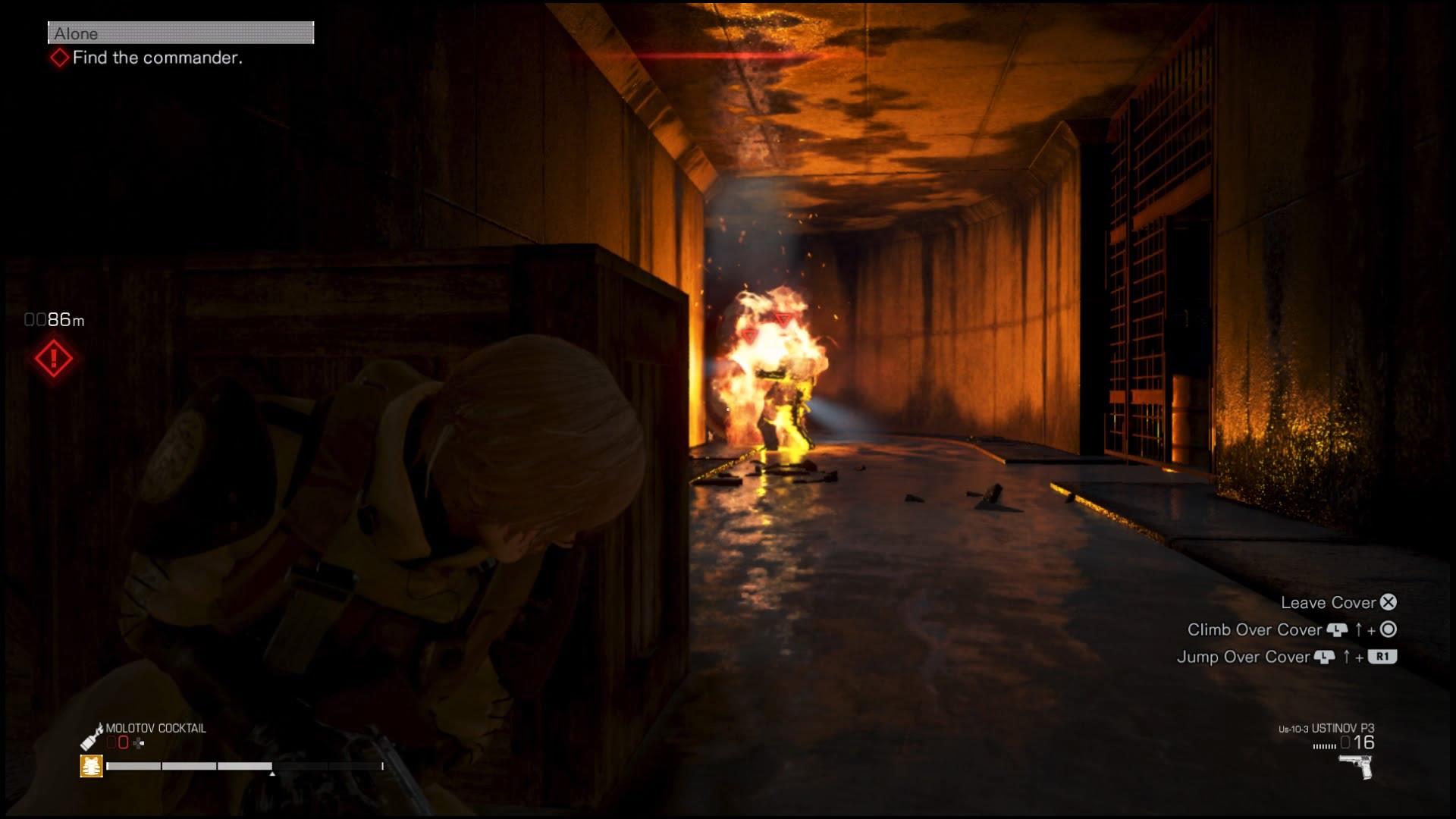 Here comes more bad news. The controls are pretty clunky. It’s workable like Metal Gear Survive (what are the odds they copy that game) but some odd choices like you have to manually add gadgets into your inventory or even the mech controls that’s awkward to use(but I’ll get to that).

Now for the bane of Left Alive: The enemy AI. They are awfully unbalanced. Imagine if you’re on the battlefield, sneakily past the guards to the point to nearing the guard’s behind before they notice your presence.

And after that: ALL of them will engage you. Not helping that your health can deplete fast, plus the damn staggering animation will throw you into a game over faster than you could say “Damnit, where’s the healing item”. 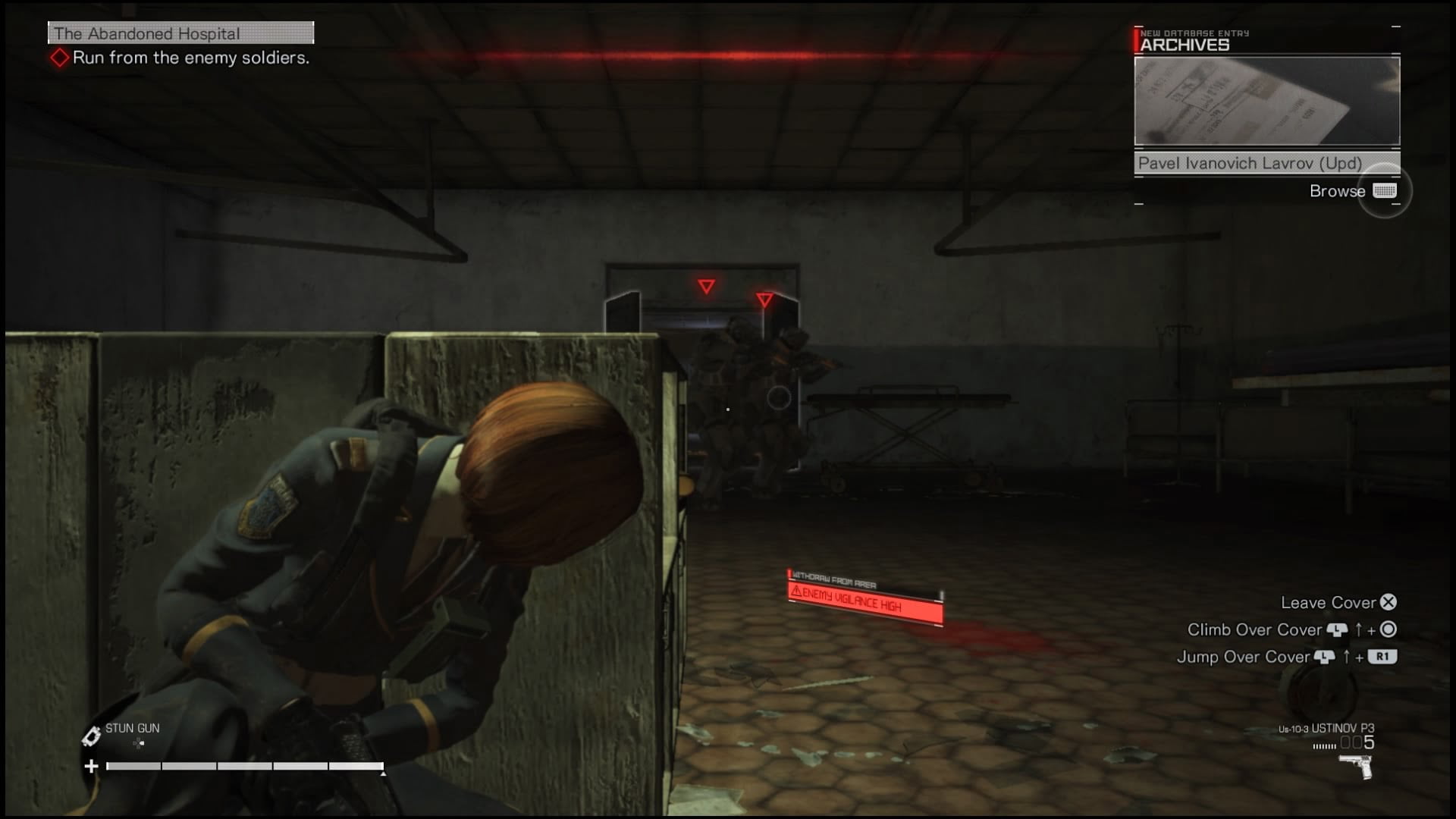 Made worst is the gunplay, or the lack thereof, as the guns feel like it’s not chipping away any from the enemy’s health while you get shredded like paper.

Look, I know this suppose to be a survival game, but a lackluster combat mechanics where you try to chip away the enemies health using a pistol or even a rifle shouldn’t take 10 or more shots, even on Easy. 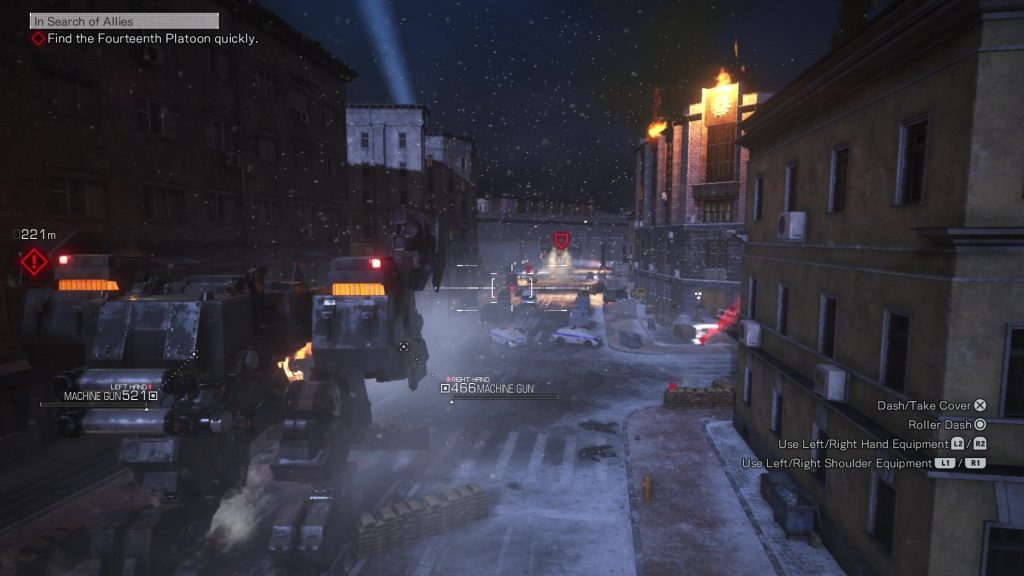 But the saving grace of it all is,as mentioned above, the mecha gameplay. It’s awkward at first but once you get ahold of the big boy, it becomes one of the most cathartic thing I’ve played in a long time. Just plowing through all the enemy gunners, tanks and even rival mechs is the most fun I had in the game.

And that kinda says a lot for this title really. 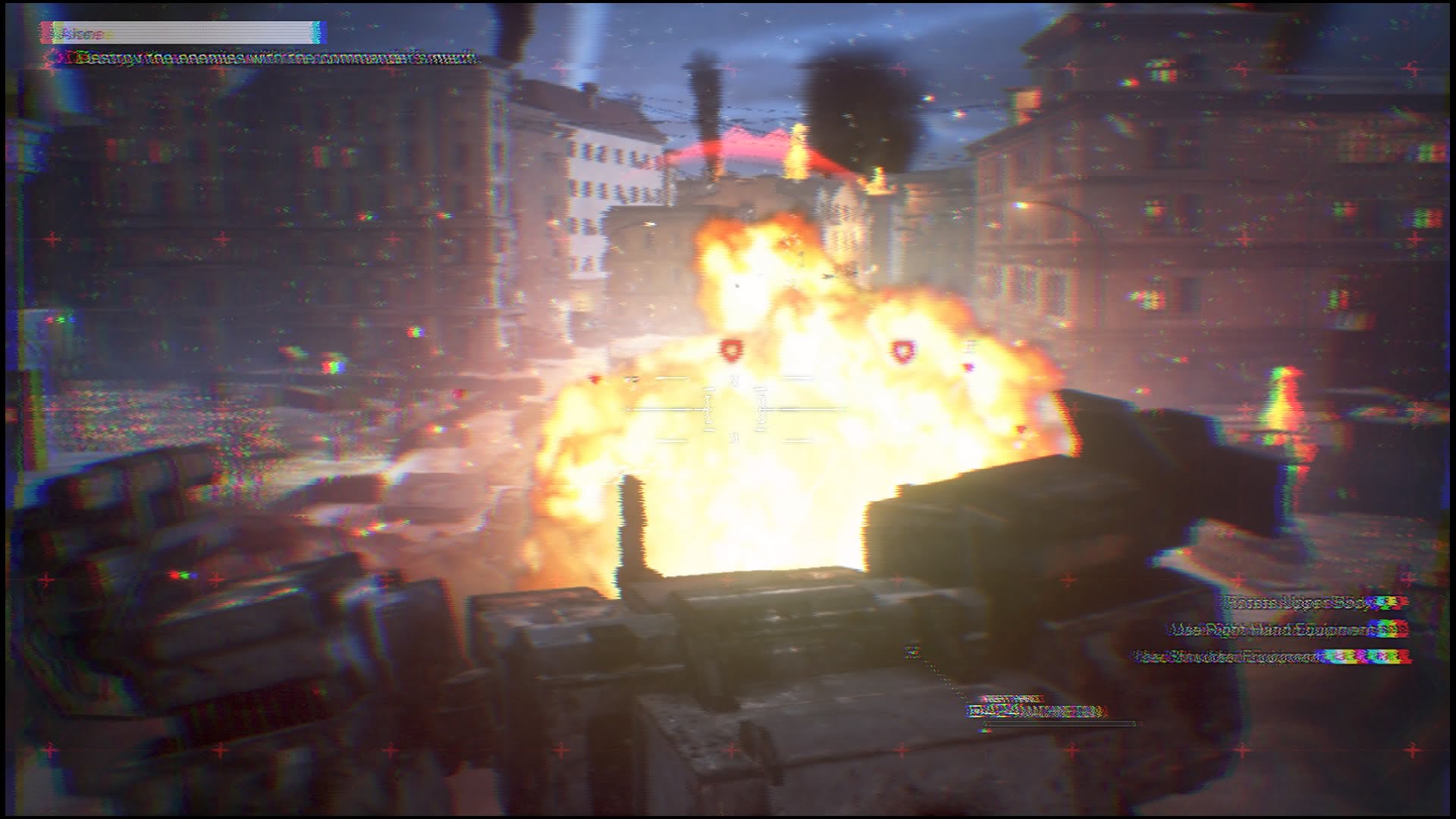 Content-wise, it’s a game that, if you play your cards right, could be finished within 12 hours if you could braze through all the things the game throws at you. 14 chapters in total but the ending (without spoiling) is quite mediocre at best.

I reckon a lot of curious players would be turn off at playing the first four chapters but if Square Enix decides to fix its flaws, I think it could be a quite enjoyable ride, much like The Quiet Man (why Square likes to make “these types” of games in the first place anyway”) where even the developers join in on the joke. But that’s a pipe dream anyway. 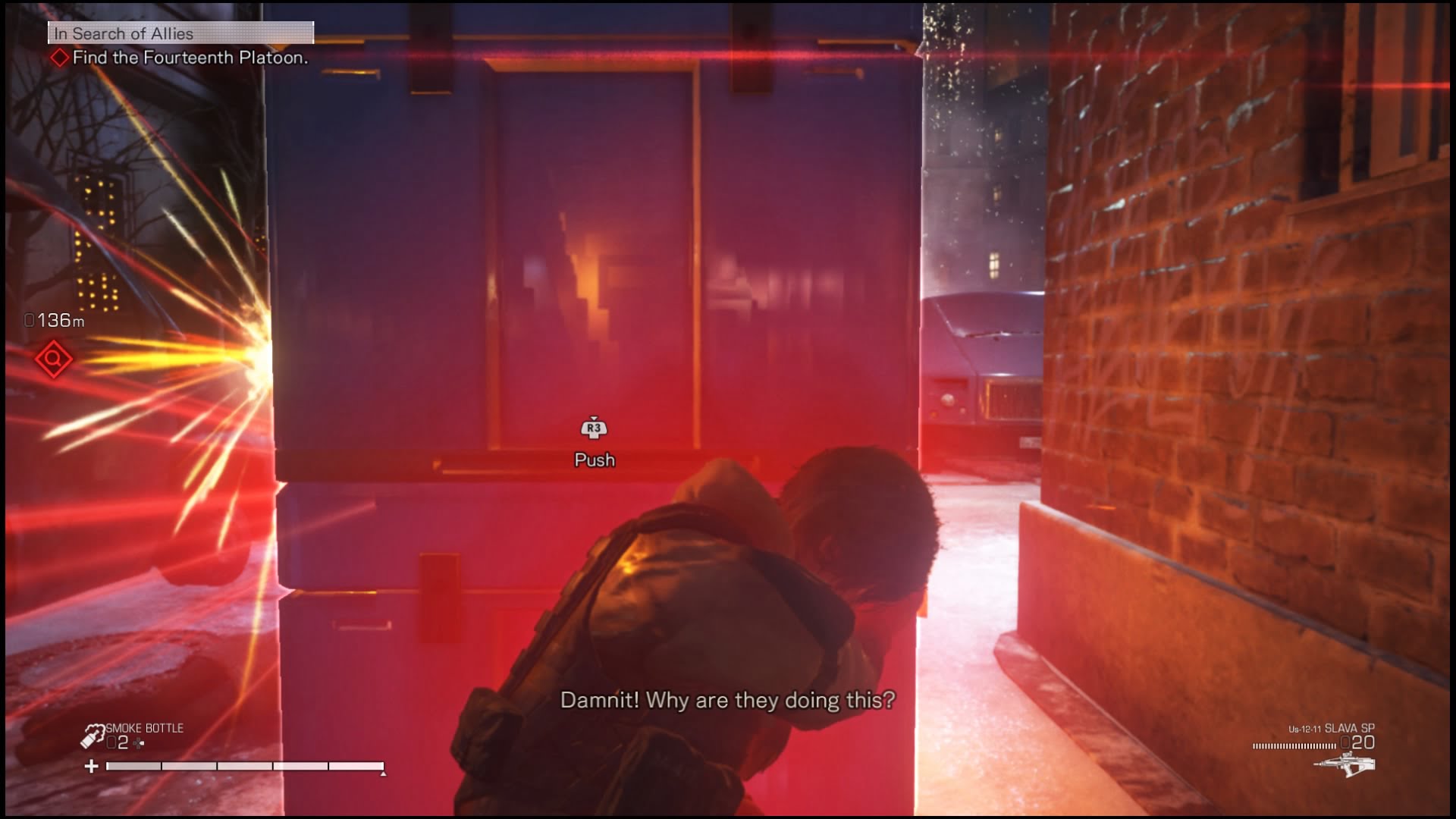 I had hopes for this game. It could have been this generation’s 3rd Birthday but all it has done is remake Metal Gear Survive sans zombies, better controls and graphics. It’s a disappointing game for fans of Armored Core, or anyone who had this bought this game at full price.

Perhaps, in an alternate universe like the series is based on, this game could have been an indie darling. But alas, what you see is what you get, a game of “what ifs”.

It’s a disappointing game for fans of Armored Core, or anyone who had this bought this game at full price. Perhaps, in an alternate universe like the series is based on, this game could have been an indie darling. But alas, what you see is what you get, a game of “what ifs”.