Contra Return(s), and we got some hands-on time with it

Contra Return is a mobile game co-developed by Konami and Tencent’s Timi Studios. Released in China back in 2016, this will be the first time the game is released in English, coming first to Southeast Asia brought to you by Garena. 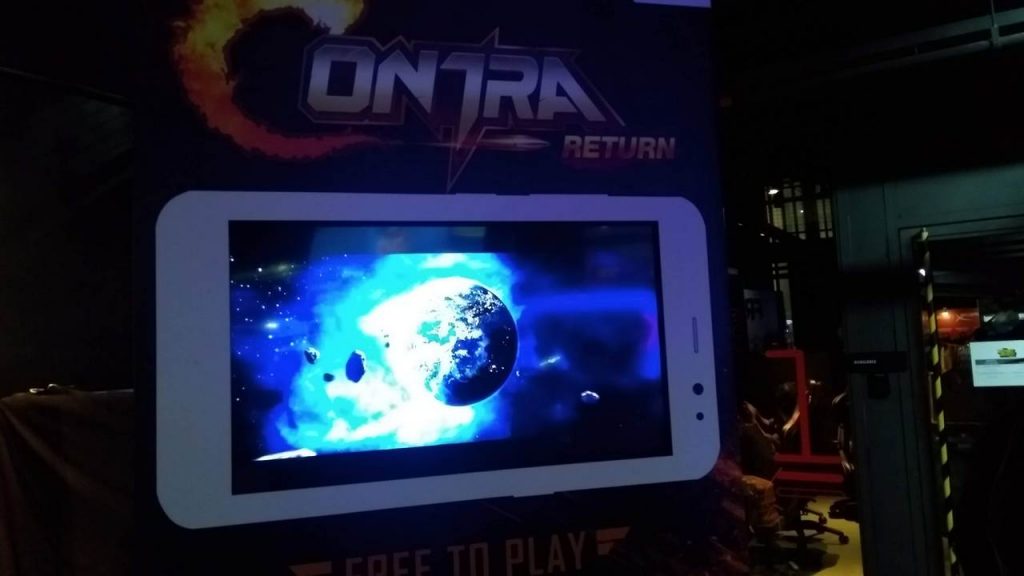 At FV X SEA Major where Garena is also holding the second Free Fire offline tournament, Contra Return was available to play with several demo kiosks, running mostly on the ASUS Zenfone Max Pro M1 with one running on the Razer Phone. Both phones were capable of running the game smoothly from our quick hands-on impressions. The game can be run on any Android phone with at least 2GB RAM and Android 4.2, or iPhone 5s and above for iOS.

Contra Return brings back the hardcore shoot-em-up with a modern twist- multiple characters with unique skills and weapons that can be customisable, including gem sockets to give passive bonuses. It’s free-to-play, and you can expect the usual microtransactions to be offered.

The game feels very similar to Contra- you can aim and shoot at the eight cardinal directions while strafing, moving and jumping (in the classic fashion of curling into a ball), with the first few levels replicating the original SNES release.

It seemed uncharacteristic of Garena, known to be publishers of multiplayer games with esports potential, to bring Contra Return at first. That changed when we discovered there’s a 1V1 PVP mode.

In this mode, players select a team of three and go in a 1V1 fight. The map has XP drops, NPC monsters to kill and farm for XP. And you also get to build up for an ultimate attack. If it sounds a lot like a MOBA, then it sort of is. But it sounds closer to Quake Champions’ Duel mode but with more character abilities being thrown.

A 3V3 competitive mode and a two-player online co-op will also make its way when it is out.

“It has esports potential,” one Garena representative told us.

Contra Return will have Malaysia, Singapore and The Philippines share a server together, with Thailand having their own server. No word on a release date just yet. The build we saw has all the text strings translated, but the graphics with text are still in Chinese. We should here more about Contra when it’s closer to launch soon.

PlayStation Days Of Play Sales Returning On June 3 With Discounts For Games, PS4 Bundles And Controllers

The Cycle And Specs Ops: The Line Developers Yager Gets Minority Investments By…